“eBrowser is powerful and the interface is easy to use. It is used throughout the whole concept, basic and detail engineering phase, but also in purchasing, sales and production.” – Børulf Lefdal, Head of Hull Structure

Learn how to efficiently distribute projects to subcontractors – Contact us.

Ulstein Verft in Norway has delivered the eye-catching National Geographic Endurance polar expedition cruise ship featuring the iconic ULSTEIN X-BOW® design to Lindblad Expeditions Holdings, Inc. The National Geographic Endurance is the first of two sister ships being constructed for Lindblad by Ulstein Verft. CADMATIC software was used for all the basic and detailed design of the vessel’s hull and outfitting.

The steel cutting of the vessel was started on 5 January 2018. The vessel was launched on 7 December 2019 and sea trials were successfully conducted on 17 February 2020, after which the final construction phase began. The cruise ship was officially handed over to Lindblad on 16 March 2020.

The National Geographic Endurance is Lindblad Expeditions’ first polar newbuild. It features a Polar Class 5 rating, which allows for “year-round operation in medium first-year ice, which may include old ice inclusions”. This will enable it to venture far into polar areas. The vessel is named after the Endurance used by the Irish Antarctic explorer Sir Ernest Henry Shackleton, who led three expeditions to the Antarctic in the early 20th century.

Passengers on the vessel will be able to access the outside environment from anywhere on the ship, while its innovative expedition craft loading system will ensure that they can get ashore quickly and safely to explore the unique arctic environment.

The cruise ship’s patented X-BOW® is key to its design; the powerful wave-slicing action provides a smooth ride in adverse conditions, and even reduces spray on deck for superior observation. This makes the vessel perfectly suited for adventures to far-away places.

Over the years, ULSTEIN has made a name for itself for innovative designs of offshore and special vessels. The designs gained prominence thanks to the ground-breaking X-BOW® design. In recent times, it has also built up an impressive portfolio of cruise vessel designs and several expedition cruise vessel construction projects of ULSTEIN designs are currently underway in different locations.

One example of a recent construction is the Greg Mortimer, which was delivered by China Merchants Heavy Industry to SunStone Ships Inc in 2019. The vessel features the ULSTEIN CX103 design and is operated by Aurora Expeditions. It was the first expedition vessel to feature the ULSTEIN X-BOW® design. CADMATIC Hull was used for the generation of basic hull structure class drawings and CADMATIC Outfitting for the design of part of the main equipment of the vessel. The construction of the vessel’s sister ship, the Sylvia Earle, is set to be completed in 2021. 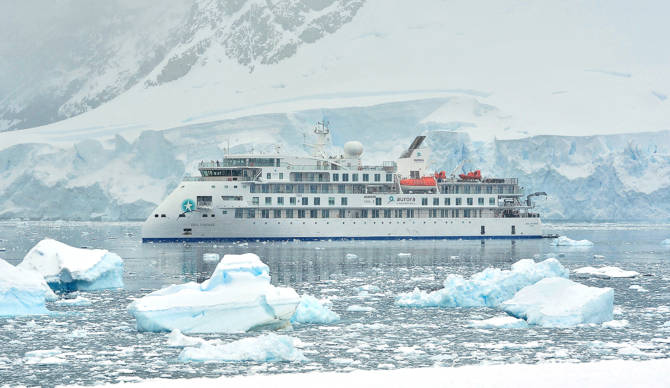 The Greg Mortimer, delivered in 2019, was the first expedition vessel to feature the ULSTEIN X-BOW® design. Image © Franz Wusits

ULSTEIN has been a CADMATIC software user since 1995. According to Børulf Lefdal, Senior Principal Engineer - Head of Hull Structure at ULSTEIN, they started using CADMATIC back then to optimize piping production by creating links between isometric drawings and NC bending machines.

“This was one of the many benefits we achieved by implementing CADMATIC. We also did block drawings and production documents for steel production. It started with detail engineering for hull and machinery (piping), but within a few years we also started designing foundations, steel outfitting and electrical components.”

Børulf Lefdal, Head of Hull Structure at ULSTEIN, has had first-hand experience of how CADMATIC use has developed at ULSTIEN over the years.

Børulf indicates that CADMATIC has many useful features and advantages but feels that the eBrowser deserves special mention.

“eBrowser is powerful and the interface is easy to use. It is used throughout the whole concept, basic and detail engineering phase, but also in purchasing, sales and production.”

He also indicates that the management of distributed design projects (simultaneous design by design teams in different locations) with the help of the CADMATIC Co-Designer has been important for ULSTEIN.

The distributed engineering possibilities with the HDX and COS servers has been important. We have set up links with other CADMATIC users such as J&J Marine Design and Solution (Slovakia), Forrs Marine (Russia), Niestern Sander Scheepsbouw BV, and our own company Ulstein Poland,” Børulf explains. 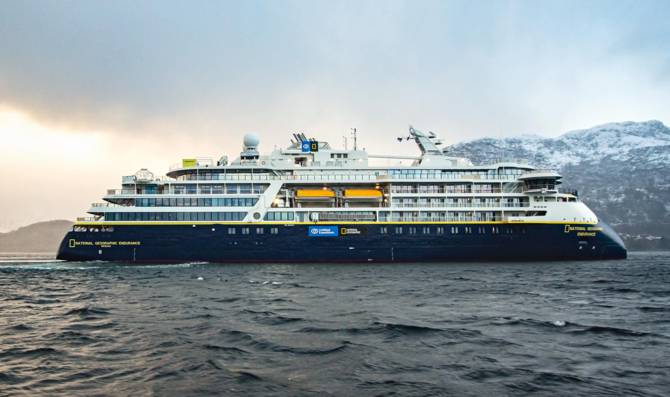