“Thanks to eShare we can find all the plant information we need easily and fast, and in the same place.” – Christer Björk, SCA Obbola Project Engineer and Cadmatic Administrator

Looking for a digital twin solution to connect and visualize information from all your plant systems? Contact us

A steam sawmill was founded in the Swedish village of Obbola in 1889. Today, at the same location, stands SCA Obbola’s modern paper plant. The entire plant and its processes are contained in a Cadmatic 3D model and numerous databases. SCA Obbola implemented CADMATIC eShare in order to combine the plant’s information in a single package. The historically rich plant wants to be a forerunner in technological developments.

At the turn of the millennium in 2001, SCA Obbola were faced with the challenge of replacing the system that hosted the company’s P&IDs the system was set to disappear from the market. They required a more sophisticated system for P&IDs that also included tools for 3D design.

Christer Björk, project engineer and Cadmatic administrator at SCA Obbola, introduced and recommended Cadmatic based on his knowledge of and experience with the software in an earlier project. Based on this recommendation and testing, SCA Obbola selected the Cadmatic solution.

Around 230 existing P&ID drawings and paper copies were imported into Cadmatic. Today, all the Obbola plant’s P&IDs are managed with CADMATIC Diagram and are integrated with design tools and the eShare information management system through the database.

Large 3D model in use

“The 3D model is a master document, so it is no longer necessary to store piping layouts or isometric drawings in a document management system. This means we don’t have to update hundreds of drawings and documents while modifications and improvements are done at the plant. As the model is always in the as-built phase, the master document reflects the real situation. This saves a lot of time and helps us to make decisions based on facts,” says Christer. 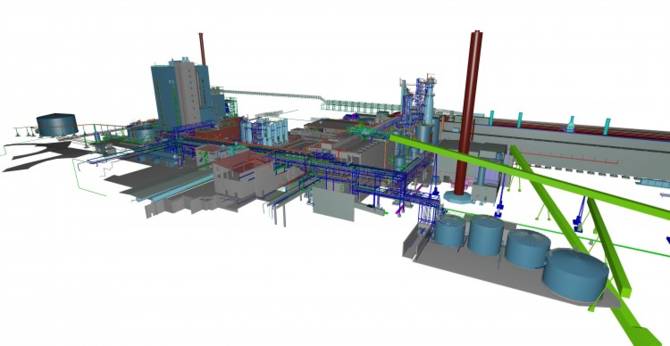 SCA Obbola used the CADMATIC eBrowser viewer for the inspection of the 3D model for about 10 years. They were pleased with the application but needed a more diverse tool for viewing different kinds of documents. 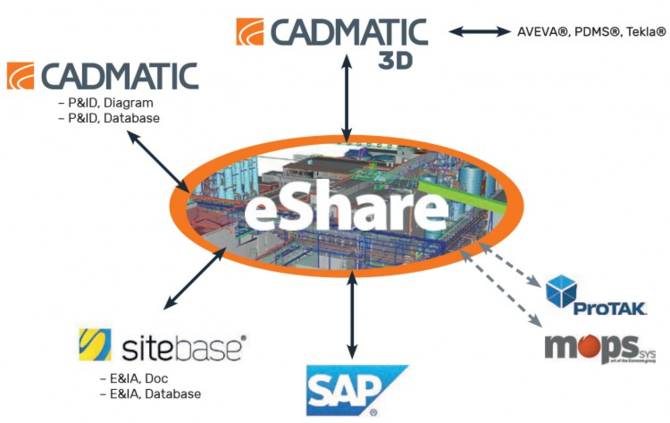 eShare links plant 3D models, process diagrams, isometric drawings, databases, production management systems, maintenance systems, installation statuses, and production information. Through eShare, information can be searched for from all the systems linked to it. The search results are provided as desired: different colored objects in a 3D model, lists, drawings, graphs or diagrams.

SCA Obbalas IT manager, Peter Brunesson has been impressed with Cadmatic’s search functionality.

“Earlier we used special systems to publish P&IDs on our intranet. Nowadays they are not needed, since we search for the documents in eShare and inspect them there. Even the 3D model information can be accessed through eShare,” says Peter.

Cadmatic first installed a pilot version of eShare for SCA Obbola’s evaluation. The integration of the information in the process diagrams and the plant database went as expected, after which the full version of the program was installed in 2016.

After that, everything happened quickly. Through eShare, the process diagrams published in Diagram were immediately available for the user and maintenance personnel. The models that were published daily in the 3D design program were freshly available for inspection through eShare, as well as isometric drawings and piping and instrumentation diagrams. 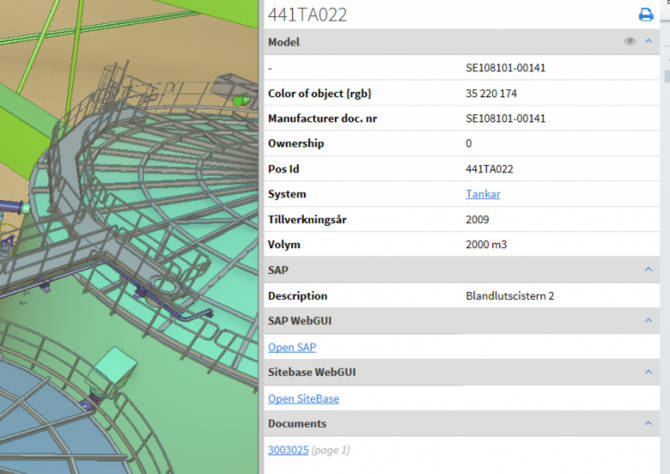 An external link to equipment in eShare. 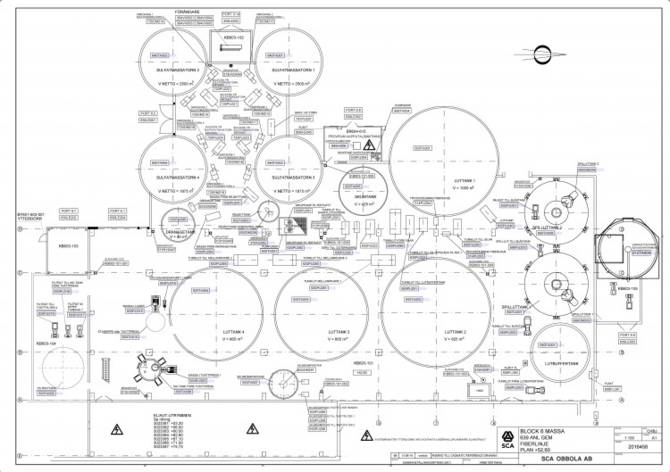 Links to objects in the 3D model from old drawings of parts that were created before the 3D model was generated.

“Thanks to eShare we can find all the information we need easily and fast, and in the same place.”

Finally, even the production management system and the plant database were linked to eShare. All models, drawings, diagrams and databases can now be accessed in one place.

Quick training, easy to use

Today, SCA Obbola has about 100 eShare users, including maintenance, project and production personnel, and process engineers. New users receive training that takes two hours, after which they can use the program without difficulty. For persons who have earlier experience of CADMATIC eBrowser, an even a shorter introduction suffices.

More information can be added

SCA Obbola has noticed that the eShare information integration tools are very efficient. The plant’s own personnel can modify the tools largely on their own, which makes using eShare even smoother. They plan to add their hydraulics process diagrams to eShare soon.

eShare also provides easy access to the plant’s existing overview drawings of older parts of the system created before the 3D model existed. Links to the objects that exist in the 3D model provide seamless access, even though it is not always complete for all parts of the plant.

In some SCA Obbola projects, different design systems must be used. In such cases, then CADMATIC eXchanger for PDMS®, for example, is used to convert 3D models from PDMS® to Cadmatic. This means that the complete project and plant model also includes parts from other systems.

In most cases, the piping of the imported models is converted to “fully intelligent Cadmatic piping”, while other parts remain as reference models with tags and attribute information.

In some cases, documentation needed as the starting point for modelling on a project is poor and/or outdated. In such cases, laser scanning is an ideal solution.

“When the initial data is lacking, we find laser scanning to be the most efficient way of getting an accurate model of the surroundings into the 3D model. We import the point clouds into the 3D model with the CADMATIC Laser Scan Modeler and then use it as part of the model to avoid collisions with existing piping & structures.”

More about CADMATIC eShare and interoperability

Read more about CADMATIC eShare can be used as a platform for a digital twin of your plant and how Cadmatic's high interoperability allows smooth cooperation, integration, and interfacing with other technology suppliers and software systems.