Ghenova Ingenieria, from Sevilla in Spain, offers consulting and engineering services for projects in the naval, offshore, industry, aeronautics and infrastructure sectors. The multinational and multidisciplinary company has achieved a unique position as an engineering and consulting company in the value chain. It focuses on developing transversal solutions for technologically complex projects.

The company’s reference portfolio includes a remarkably diverse and demanding range of projects across the sectors served. High quality engineering and consulting requires top-of-the-range support tools. In its naval and offshore projects, Ghenova uses CADMATIC extensively for hull and outfitting design. The company does not rule out implementing CADMATIC for its industrial projects in the future either.

Ghenova’s history with CADMATIC started in 2014 when it acquired eBrowser licenses to be used for the upgrading of an oceanic patrol vessel. Due to growing demand from Central and Northern Europe, where CADMATIC software is widely used, Ghenova has invested extensively in CADMATIC design tools.

Federico Álvarez Ordóñez, head of tendering and estimation at Ghenova, indicates that CADMATIC is currently used by about 65 of the company’s designers. One of his main tasks is configuring the best technical and economic responses to all quotation requests from customers.

“The implementation and training period was very satisfactory and the CADMATIC design tools have been well received by our staff,” says Federico.

Ghenova designers have extensive experience of working with different software packages and are thoroughly familiar with 3D design tools. This assisted them in rapidly adapting to the use of CADMATIC software. Ghenova is also investing in further CADMATIC training for its employees.

“Our idea is to continue training additional staff members to increase our resources to meet market demands. Right now, we have 15 employees that are becoming familiar with CADMATIC software,” Federico adds.

"The 3D work that is already done in the basic design stage speeds up the pre-coordination tasks and allows us to shorten the time required for detail engineering. The greater integration between the different engineering stages makes switching from one design phase to the next much easier. Compared to other design software, I think CADMATIC has a more intuitive and stable environment,” Federico explains. 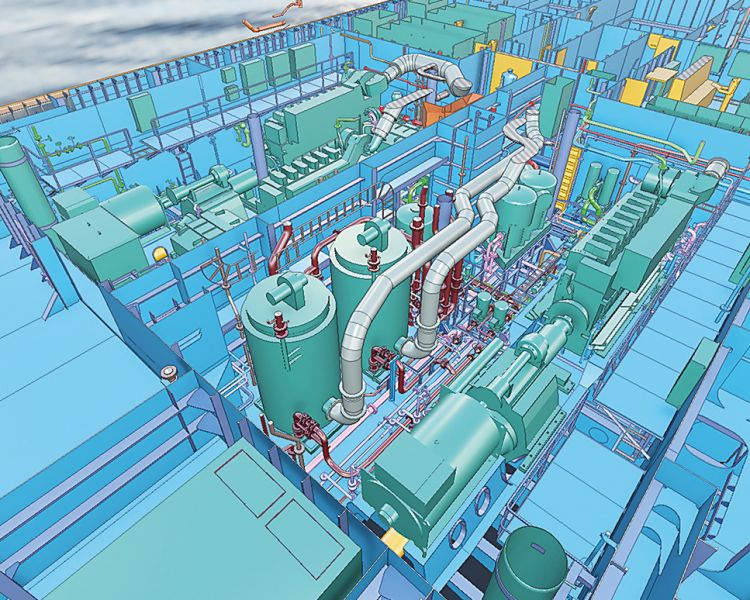 Ghenova is currently using CADMATIC for several interesting design projects. A notable highlight is the basic hull design of a luxury cruise ship for the Ritz-Carlton Yacht Collection. The vessel is a crossover between a cruise ship and a superyacht. Ghenova’ commission includes the naval architecture, structural and equipment design as well as outfitting design for the vessel; all being done in CADMATIC to facilitate the rapid integration of the work.

The Ritz-Carlton Yacht Collection is a new venture designed to combine the luxury lifestyle of The Ritz-Carlton® and the casual freedom of a yachting vacation. The vessel is part of three custom-built yachts and will be launched in 2020. The yacht boasts 149 suites and can accommodate up to 298 guests. 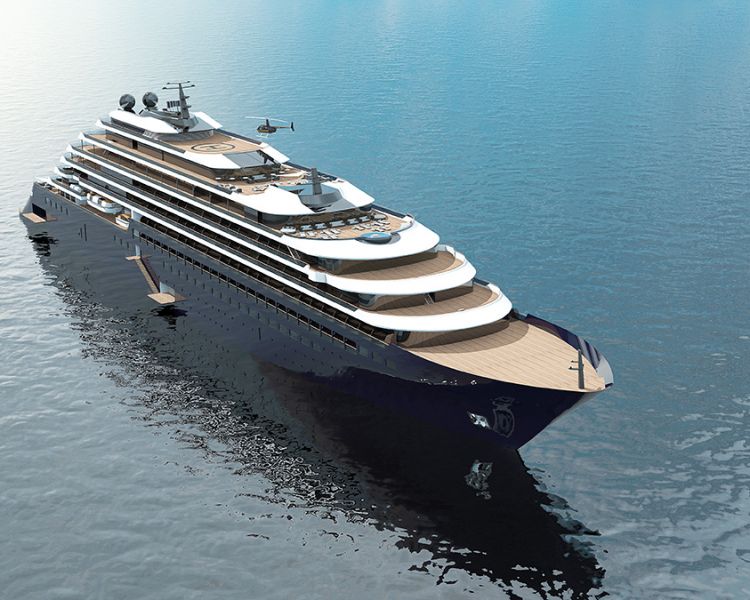 The Ritz-Carlton Yacht Collection vessel is a crossover between a cruise ship and a superyacht.

“Compared to other design software, I think CADMATIC has a more intuitive and stable environment.”


Ghenova is also currently using CADMATIC for the design of the World Explorer, an expedition luxury cruiser built for Mystic Cruises. A team of more than 40 designers is engaged in the detail engineering, steel and structural design as well as piping and outfitting design of the vessel. The software is also being used for the development of the coordination plans for equipment and spaces.

The newbuild, which is being constructed at Portugal’s WestSea Yard, is the first of a planned series of cruise ships. It will be operated by Quark Expeditions for charter cruises starting from the 2018–2019 Antarctica season. Outside of the Antarctica season, the vessel will visit small and distinct ports around the world that are not commonly frequented by larger cruise ships.

In addition to the aforementioned projects, Ghenova is also in the process of completing the detailed engineering for a reel-lay vessel and a mega-yacht. 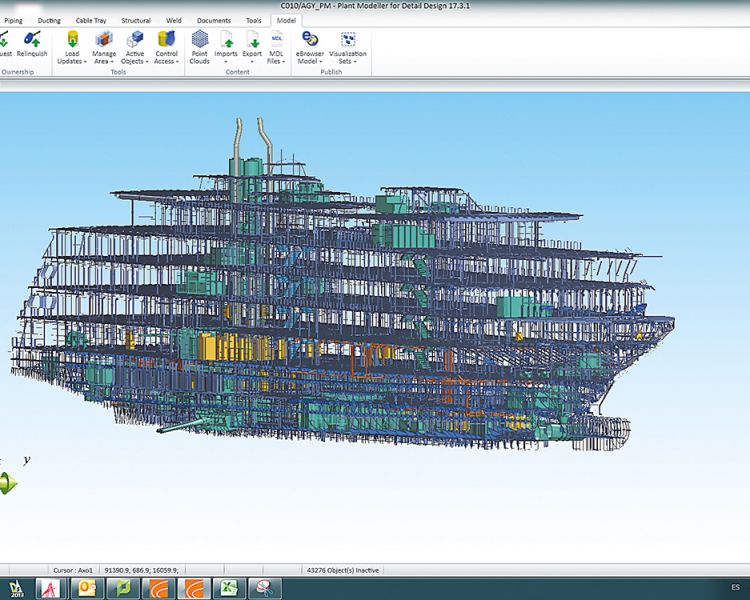 3D model image of the World Explorer. Forty Ghenova designers are doing the detail engineering, steel and structural design as well as piping and outfitting design of the vessel in CADMATIC.

Concurrent design the most powerful feature

According to Federico, CADMATIC is very well suited to Ghenova’s current projects. In addition to the company headquarters in Sevilla, the software has also been implemented at two other offices in Spain and used for projects in three different countries.

“A key strength of the software is that it is easy to learn and use. It is also stable and has a powerful way of distributing work across different offices and sites. We have big projects with heavy workloads, so we share the work between different sites with the CADMATIC Co-Designer. The working environment is very stable and is easy to manage, which means that there is a low probability of errors resulting from concurrent users.”

Going forward, Ghenova plans to become more familiar with the different CADMATIC software modules in order to use them for early conceptual and basic design. There is also potential for CADMATIC use beyond the marine and offshore sectors.

“In the next two or three months we have several short-term projects where we will use CADMATIC. We might even use it for one of Ghenova’ other core business area. We have improved our ratios and methods with the use of the software, which has allowed us to become even more competitive. We do not rule out the use of CADMATIC for the development of industrial projects in the future,” Federico concludes.

Federico Álvarez Ordóñez, head of tendering and estimation at Ghenova, has been impressed with CADMATIC’s powerful distributed design tools.

Federico Álvarez Ordóñez, head of tendering and estimation at Ghenova, has been impressed with CADMATIC’s powerful distributed design tools.