In the wake of the Fukushima nuclear disaster sparked by a massive Tsunami off the coast of Japan in 2011, nations around the globe have re-evaluated their energy mixes and reliance on nuclear energy. In some cases, a move away from nuclear is evident, while many remain undecided. Others, such as India and Finland have continued expanding their nuclear build programs.

In India, the course could not be clearer; the Indian government is going ahead with nuclear to light up the future of millions of its citizens. The entire industry is benefitting from the boom that the clear policy decision has set in motion.

As part of its own clean energy program, the Indian government has already approved the construction of ten pressurized heavy water reactor (PHWR) units. The nuclear investment program has been enthusiastically received by the local nuclear industry, which has suffered from policy uncertainty and projects that have been delayed for decades.

The ten new reactors will be built in Chutka in Madhya Pradesh (Units 1 and 2), Gorakhpur in Haryana (Units 3 and 4), Kaiga in Karnataka (Units 5 and 6), and Mahi Banswara in Rajasthan (Units 1, 2, 3 and 4). In addition to these 10 (indigenous) reactors, two Russian light water reactors (LWRs) will be built in Kudankulam in Tamil Nadu.

The announcement of the investments has been a tremendous boost for nuclear equipment suppliers and service providers in the industry. The industry is set for a boom over the next ten years as the ambitious nuclear investment program is implemented.

It is estimated that the nuclear build program will add approximately USD 10.5 billion in supply side opportunities during the period. The Canadian “Candu” technology has been selected for implementation at the ten sites.

Due to its large population, India has vast energy needs, which have been further fueled by strong economic growth over that last decades. In spite of the increasing uptake in renewable energy sources across the globe and the decrease in associated production costs, nuclear energy still remains an attractive base option for energy-hungry countries like India.

“We have a strong desire to contribute and be a part of various nuclear programs in the region.”

The energy produced from renewable sources is simply not sufficient and constant enough. It needs to be supplemented by a base energy source such as nuclear. Other alternatives include gas, thermal and coal-powered energy.

Despite its reputation in some circles, nuclear energy is widely held to be a very clean power source and sustainable over the long-term. The design and construction quality of nuclear power plants, however, need to be of the highest standards to safeguard both the plant, its personnel and surrounding human populations. 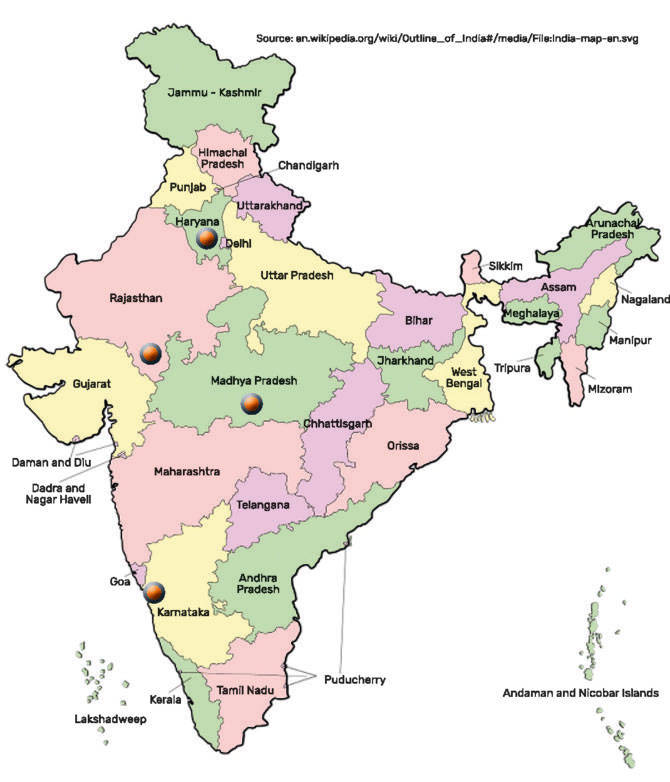 CADMATIC’s position in the Indian nuclear industry is strengthening with every passing year. The strong position has been achieved by maintaining a decade-long business association with key players in the Indian nuclear industry, such as the Department of Atomic Energy (DAE), the Nuclear Power Corporation of India Limited (NPCIL) and the Bhabha Atomic Research Centre (BARC). NPCIL currently operates 22 nuclear power reactors with a total capacity of 6780 MWe.

“Our association with owners and operators has created opportunities for CADMATIC at prominent engineering and consulting companies in the nuclear segment. Tata Consulting and Engineering (Tata), for example, uses our software extensively for their nuclear projects,” says Roshansingh Navlur, Director for sales and operations in India and Southeast Asia.

Tata has already successfully completed the design of the Kakrapar Atomic Power Plant (KAPP, Surat) with CADMATIC and is currently using the software for the design of the Gorakhpur Haryana Vidyut Pariyojana (GHVAP) plant.

Roshansingh Navlur is very optimistic about the outlook for CADMATIC in the Indian nuclear sector.

“Our long relationship with NPCIL and the new contracts we have signed with BARC bode well for the future. We recently concluded a 5-year maintenance contract with NPCIL that will see CADMATIC used as the design tool for the upcoming PHWR nuclear power plant projects. For the last three years we have also been participating as an associate partner at the annual India Nuclear Energy exhibition. We have a strong desire to contribute and be a part of various nuclear programs in the region. To meet the needs of the regional nuclear industry we are investing in the regional offices by adding more staff,” says Navlur.

CADMATIC’s local Indian operations took shape in 2010 when Cadmatic Software Solutions Private Ltd was established. Located in Thane, Maharashtra state, its goal is to promote CADMATIC in India and Southeast Asia in both the plant and marine segments.

The office is strategically located on the Cadbury Junction, Eastern Express Highway, Thane West with excellent connections within the state, country and Southeast Asia, as well as to local public transport networks.

The CADMATIC team in India currently consists of 28 staff members and is led by Mr. Roshansingh Navlur, Director (India & Southeast Asia). They have achieved a strong presence in plant segments such as the nuclear, chemical, oil & gas, thermal, pharmaceutical, food and dairy industries. Significant growth has also been achieved in the marine sector. 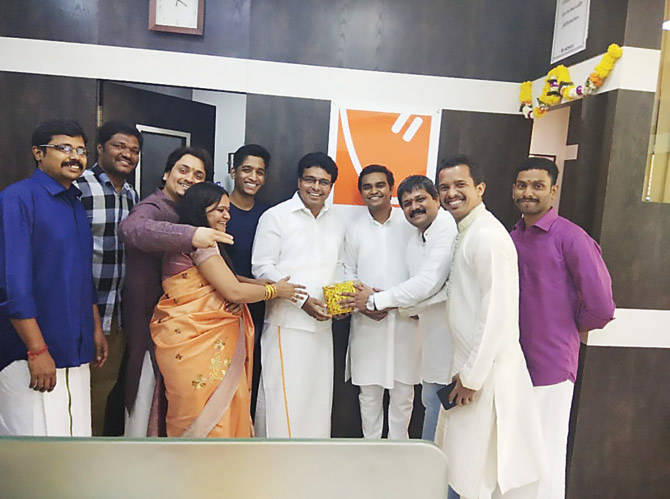